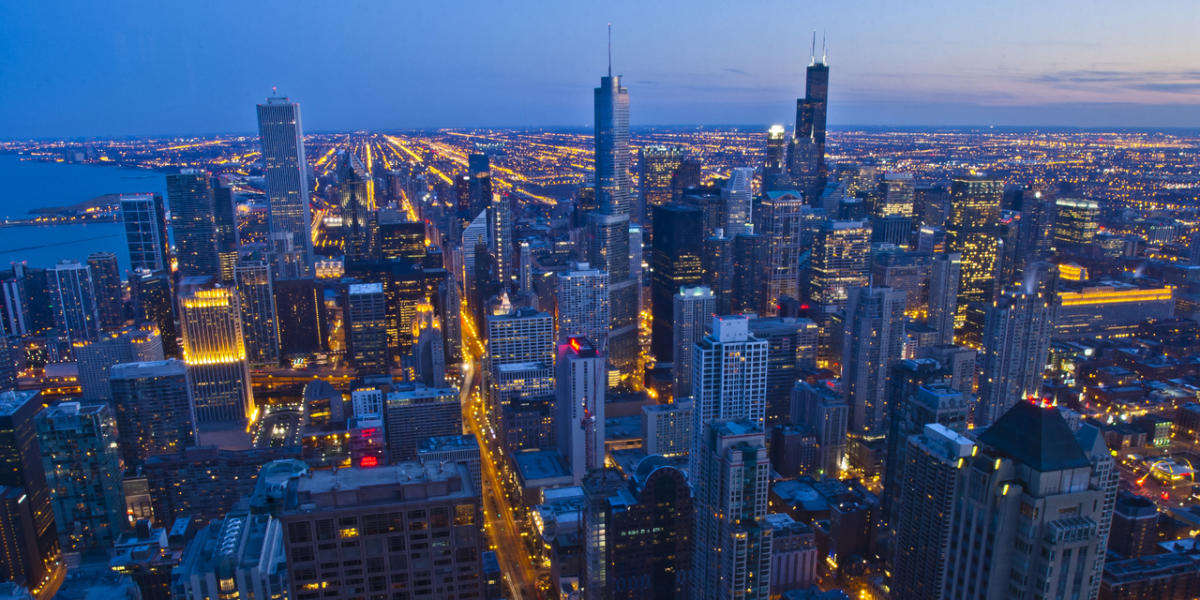 Visit Chicago and experience a world of vibrant culture and diversity

One of the third largest cities in the US, Chicago, invites everyone to visit it at least once in a lifetime. The Windy City is known for a variety of events, cultures and lots of wonderful natural beauty it offers to its visitors. Being one of the most beautiful and unique cities in North America, Chicago is home to interesting history, striking art and a host of different cultures that have influenced both the cuisine and music in the city. There are a number of valid reasons for which one should visit Chicago while visiting the USA during vacations.

In order to display the items of Columbian Exposition of the world, this museum was inaugurated in 1893 and to honor Marshal Field, the first major benefactor, it was renamed in 1905. You can find enthralling information about the past and present environments and global cultures while visiting this vast museum when you go to Chicago. It also includes all types of fossils, artifacts and a lot of interactive exhibits as well as the treasure of all types of cultures which make this museum one of the best museums of the world to be visited at least once.

The Willis Tower, also known as the Sears Tower, a 1450 ft high, which is the tallest tower of the US. This tower was designed by Skidmore, Owings and Merrill, a building design firm in Chicago. Its design avoids the need for any support from the interior to use 9 frame tubes on its exterior. By reaching the Skydeck, 103rd floor of this tower, you can enjoy a 360-degree panoramic view of the entire Chicago city. From the 103rd floor, you’ll have a breathtaking view of the surrounding area, with the possibility of seeing 4 States on a clear day.

When you visit Chicago you will genuinely experience flavors of food items from different cultures like deep-dish stuffed pizza as well as a lot of great food in the streets and at top-rated restaurants simply because of different cultural backgrounds influencing flavors in the local cuisine. You can also enjoy the local specialties in Chicago along with many bars and great restaurants like Italian sandwiches loaded with dripping beef, Giardiniera, and sweet peppers. Some of the favorite dishes of this city may include a mixture of cheese and caramel as well as popcorn and Chicago-style hot dogs. Today, this city flourishes with a number of different cultures, lifestyle and art forms like the Ukrainian Village, Chinatown, Greektown and Pilsen who have also influenced the food culture of this city.

Up to 1995, Navy Pier was used as a freight and military terminal which looks like a boring concrete slab projected into the Lake Michigan. But to attract tourists and locals to the pier a huge effort has been made on the waterfront to install a number of attractions for everyone. Today it is one of the most visited attractions of Chicago as every year more than 8 million people who travel to Chicago visit it. Wonderful view of the city can be viewed from Navy Pier and make for great photo opportunities.

Another popular reason to travel to Chicago is the strip of plush stores and a number of remarkable buildings running up to about a mile along the North Avenue of Michigan. In 1947, this magnificent building, popularly known as Mag Mile, was built by an intelligent developer which until today attracts a large number of people. You can find high-class boutiques like Tiffany and Co. and department stores of various big brands like Neiman Marcus along with a chain of popular stores in this building. Christmas is the best occasion to enjoy the lust of this strip of stores as twinkling lights on their trim.

This zoo is popular among the people who travel to Chicago because it is the oldest zoo in the country as well as the last one where no admission fee is charged. In 1868, this zoo was inaugurated with a pair of swans but today it is surrounded by the community of people living in the North Side of this city since its inception. Although this zoo is small in size as compared to other zoos in the US, it is still known for its park setting, ape research, a landmark of red barn and historic cafe.

The University of Chicago

The University of Chicago was added as one of the cultural institutions of Chicago after the expansion of the city in the latter part of the 19th century. The university was founded in 1892 by John D. Rockefeller, an oil magnet, as an institution for forward-thinking. Today it is one of the most respected universities in the US as 82 of its students, researchers and faculties have won the highly-regarded Nobel Prize. It is the place to visit when you visit Chicago due to a number of on-campus attractions.

The Art Institute of Chicago

It is one of the best art museums in the US and the largest in the Midwest. It includes a number of structures of Beaux-Arts with Modern Wing created by Renzo Piano to impress everyone who travel to Chicago. It has nearly 260,000 pieces of art from all over the world. It is also known for touring shows and a number of Impressionist and post-impressionist artwork.

The history of Chicago is incomplete without music as it has been influenced by various styles of cultures. Some of the popular musical artists of recent times may include Willie Dixon, The Chicago Blues of Muddy Waters, Dixieland Jazz of Chicago style and Howlin' Wolf. The landscape of this city is full of a number of blue cubs and jazz bands. The Chicago Blues Festival and Chicago Jazz Festival are some of the summer musical festivals where people from all walks of life can participate. In the 1980s, house music emerged with the name of The Warehouse. It is today most famous for being what many consider to be the birthplace of house music, specifically Chicago house, and the genre's center in the United States while under its first musical director, DJ Frankie Knuckles.

The aquarium is named after the president of the department store of Marshall Field, John G. Shedd, who in 1929 donated this aquarium with Beaux-arts to Chicago. It is one of the best tourist attractions of the city for people who travel to Chicago. It includes 2,100 species of 25,500 marine animals including fish, aquatic mammals, and amphibians. This is a glass-walled aquarium in the ocean that looks like a pool with infinite capacity against Lake Michigan.