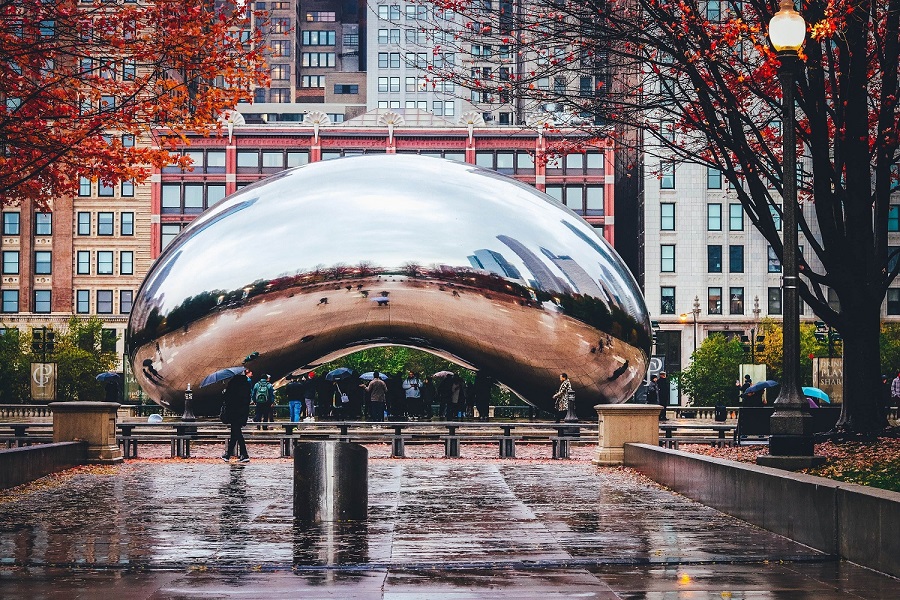 5 Reasons Why Chicago is The Best City in The World

Located on the south shore of Michigan Lake, Chicago - not only was, is, and will be the most tasteful city in the world. Moreover, Chicago is the United States' fulcrum in regards to culture, finance, transportation, and industry, and it has ever been an alluring destination for tourists and travelers from all over the world. Even though it is one of the most inhabited cities in the United States, nothing would disturb your personal space. The voice commotion - when you walk down a street - is always set on a well-to-accept mode. Something that hardly any other heavily-populated city has to offer.

It's true that a high voice commotion shakes the streets of Chicago sometimes, but that's only when a major sporting event is knocking on the front gates, and that's such an exciting commotion that you'd find it hard to resist and not become a part of it.

Here are some of the main reasons why so many people put this city on their must-visit list.

Chicago has the best restaurants you'll ever find. Chicagoans are very proud in light of their food, and they have every right to be. Something that's been confirmed by some of the strictest food critics to have ever walked this earth. Important: when you order a traditional hot-dog in this city - never ask for any food supplements, not least ketchup. If you do that, you're doing nothing but ruining the distinctiveness of some really special food that you're about to try. Besides, no restaurant will let you self-spoil your perfect meal. Therefore, let the cooks cook, the servers serve, and enjoy some of the tastiest food that you've never tasted before.

New York makes good pizzas, that's correct, but comparing a pizza from New York with the traditional deep-dish pizza from Chicago - is like comparing silver with gold. That's how tasteful a deep dish pizza is made by the Chicagoans. But their deep-dish pizza has only one flaw, though; once you taste it - your mouth will always water when you think of it (smile). And since this city has become a home to many immigrants over the years, the restaurants and kitchens in this city offer all kinds of food on their tasting menus, including Chinese and Indian food.

Whenever we think of Chicago, we recall of the Chicago Bulls and the great legend Michael Jordan. No one will ever compare to the adroitness and talent this man has shown the world. But Chicago sports fans don't only feed on their hitherto sporting achievements and successes. Chicago is one of the world's best symbols when it comes to sports. Just name it - hockey? The Blackhawks. National Football League? The Bears. Major League Baseball? The White Sox and, of course, The Cubs. Big euphoria rules this city when it comes to sports. You don't have to see the news to know that a major sporting event is about to start. Why? You'll understand why when you visit this city (Smile).Besides, the stadiums are extravagant. And you haven't seen anything yet if you don't enter a Chicago stadium for at least once in your life.

The Divvy Bikes are interesting and fun

There are over 6,000 bikes deployed at 600 stations. Therefore, you shouldn't worry about getting a bicycle from one station and dropping it off at another. If you're in a hurry or simply tired of walking, use the single-ride option to rent a bicycle, which only costs for about $3. But if you want to explore the city with a bike, however, use the day-pass option, which only costs for about $15. There are so many places to visit and explore through riding a bicycle that you'd be even surprised. Lakefront Trail North is a path and bike way (Free of cars and fully paved), which will lead you alongside the most beautiful and sandy Lake beaches of Michigan. Lakefront Trail South, however, runs beside one the city's best parks, structures, and museums. With the lake on one side and all the other awe-inspiring things on the other, The Lakefront Trail South is not something that you want to miss. There are some areas forbidden for bicycles, of course, like the underground railway. You can go ride down there if you're stubborn enough to do it. Not that you can't, but since it's forbidden, and since you'll need to pass several miles until you find an exit spot, you'll probably get caught.

Chicagoans' goal isn't to chase tourists away - but to invite them in. Just ask kindly when you need something and express your gratitude when you get it - whether it's information or something else. Do this and you'd be welcomed wherever you go. Besides, so many people live here from so many different cultures that you'd never be judged by your religion, race, or color. And the chance of gaining some real friendships is higher than you think.

Places that will make you go - Wow!

The Adler Planetarium is a national historic landmark. Being located on the tip of Northerly Island, this place offers the best skyline views. It is also a museum of astronomy study where you can watch live-projection shows about space and stars, which can be both informative and amusing.

This aquarium holds 4,2 million gallons of water, 1,500 species, and 32,000 animals. If you're afraid of scuba diving and still want to get a peek of what the underworld and its wonders looks like, this is the place that I strongly suggest you visit. The award for biggest attraction in this aquarium goes to the sharks, but let's not forget about Granddad; the lungfish that has been living and swimming here for over 82 years. The kind of animal anyone wants to observe. Moreover, the Shedd Aquarium is a colossal facility that even has a 4D Theater to entertain your children with some of the best movies of all times.